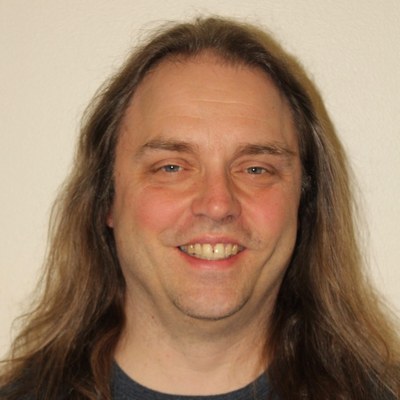 The Mellon TLH Fellows will receive a modest stipend “for their participation as well as formal recognition honoring their pedagogical work as a significant contribution to CUNY’s mission.”

The goal, they say, is to help ensure CUNY students’ success in and beyond the classroom. Mellon TLH Faculty Fellows “will receive formal recognition of their pedagogical work as a significant contribution to CUNY’s mission.”

Mellon TLH Faculty Fellows will concentrate on “the goals central to TLH’s mission,” chiefly, to promote equitable, creative, student-centered pedagogical research and methods designed for CUNY’s diverse student body; support greater institutional recognition for the importance of teaching; advance the role of an urgent and indispensable humanities that encourages imagination, creativity, ethics, and collaboration; and to “practice” diversity as crucial to learning within and beyond the classroom.
More

Dr. Zlabinger, a Music professor in the Performing and Fine Arts department, directs the York College Big Band and is a professional bass player and an ethnomusicologist, is also the York College Summer Jazz Program, for high school students, said in his application for the Mellon Fellowship that he currently directs a jazz band that rehearses one night per week.

He says many students “do not practice their music between weekly rehearsals, but with the new platform, Jamulus, students can easily rehearse with one another online.” He added that it would be a strategy to get students motivated to rehearse together in small groups so they would return to the weekly rehearsals better prepared and possibly have new insights to the material [that] the band is  working on and would be an added benefit for students to be more comfortable with the platform.

“Accessibility to music education is my highest priority as an educator,” says Zlabinger. “Many of our music students at York College come from non-academic musical backgrounds (for example, learning in church or being self-taught) and tend to have a wide range of abilities, interests, strengths, and weaknesses that may not allow them to participate in more traditional music programs. We are rethinking how our music students may excel and have created a curriculum that serves a more diverse group of students. I [will] bring my experience developing such curriculum and implementing appropriate pedagogies and technologies that create a more inclusive environment.”

With the fellowship, Zlabinger says,  “Total Participation Methods" would allow students in the jazz band to gain new perspectives on their role within the ensemble.

“I would ask students to run micro-rehearsals, putting each student in charge of directing the band or smaller groups within the band,” he says. “By using the online platform Jamulus, students could easily rehearse together outside our weekly rehearsal. Students would have a new perspective on the repertoire performed. Students would also learn leadership skills while conducting rehearsals. And students would also learn to listen differently, as they would have to coach the entire ensemble, rather than simply being concerned with their own part within the ensemble.”

Professor Zlabinger, a passionate musician, conductor and teacher, says he plans to demonstrate the online musical performance platform with a virtual concert, which would showcase musicians performing online in real time. “The workshop would also discuss the technology used and how students prepared during rehearsals for the performance. The purpose would be “to lift the veil” of online musical performance, highlighting the technological and social challenges and successes.

“I plan to blog each week, sharing video and pictures of rehearsals, technical and logistical breakthroughs, and anecdotes by the participants,” says Zlabinger. “I [will] also provide a comparison of rehearsal videos taken during the semester, outlining what is learned by both students and instructor over the course of the semester. In addition, the performances would have audiences, who would also provide feedback.

“The fellowship will allow me to continue to develop the pedagogical possibilities of telematic performance, as a way for students and faculty to collaborate a new level and more frequently, Zlabinger explained. ”Recently, curriculum was developed and approved on campus to create a Telematic Ensemble, which will become part of the B.Mus. in Music Performance and the forthcoming B.Mus. in Music Education. This cutting-edge technology will give our music graduates an advantage over other musicians entering the workforce, as they will have experience rehearsing and performing telematically.”

According to the Music professor, students with such experience could build telematic teaching studios, which could “potentially provide an immediate source of income.”

“I am hoping to extend the reach of telematic performance beyond our campus to other CUNY music programs,” says Zlabinger. “I dream of having a CUNY-wide telematic ensemble that could make music as diverse as our student body stretched across New York City, combining many different sounds in exciting new ways.

“At its core, my work is intended to advance the Mellon Fellowship’s goal to promote equitable, creative, student-centered pedagogical research and methods designed for the rich diversity of CUNY students, by allowing more musicians to make more music together, even when they are apart,” Zlabinger says.

Professor Zlabinger also appreciates the support the college and colleagues have given him.

“I would like to thank my colleagues Dr. Margaret Vendreys and Mark Adams in the Department of Performing & Fine Arts for supporting the decision to run the York College Jazz Band while we were teaching remotely,” says Zlabinger. “The experience of developing the modality of telematic rehearsal and performance was transformative for both me and the students, as we were allowed to work with these new technologies in rehearsal towards a real-time performance with a live audience online at the end of the semester. I would also like to thank former adjunct instructor Jarrod Ratcliffe for his technical acumen to make the band sound and look great online. I would like to thank Dr. Leslie Keiler and Zena Cooper from the Department of Teacher Education for their support in developing the Telematic Ensemble, which will be a unique element to the forthcoming B.Mus. in Music Education. I would also like to thank Provost [Derrick] Brazill for his early support of the technical aspects of students rehearsing and performing telematically. And finally, I would like to thank Claudio Lindow, Kamrul Ahsan, Stephen Yu, and the entire York College IT staff for their support while we developed the prototype.”

As an example of what’s meant as a Jamulus performance, see a recent live performance of the York College Jazz band’s 2021 - A Telematic Odyssey, being directed by Dr. Zlabinger.
Enjoy here