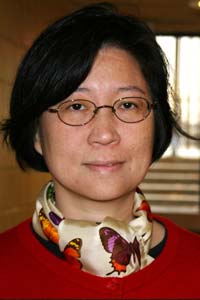 Xiaodan Zhang's research focuses on changing labor relations under the economic reform in China. It is part of her larger intellectual inquires into construction and reproduction of power relations in society. The theoretical questions are centered on the relations between institutions, human actions and social changes. She also examines the cultural factor; but her interest is in finding out how and why certain cultural elements survive different social systems. Gender is another area of study. She is interested in women’s social movements in China and how it adopts, applies and redefines feminist theories from the West.

Zhang, Xiaodan. "A Path to Modernization: A Review of Documentaries on Migration and Migrant Labor." International Labor and Working Class History. 77 Spring 2010: 174-189.

Zhang, Xiaodan. "Trade Unions under the Modernization of Paternalist Rule in China." Working USA: the Journal of Labor and Society. 12 Spring 2009: 193-218.

" Decoupling and Recoupling: the Important Distinctions between Program Assessment and Course Assessment " October 2017: Annual Meeting of Assessment at Drexel University.

" Women Workers’ Work and Family in China " May 2017: Berkshire Conference of Women Historians.

" Expectation and Exchange: the Construction of Production Politics on the Chinese Shopfloor in the Reform Era " June 2002: Society for Advanced Socio-Economics, Minneapolis, MN.