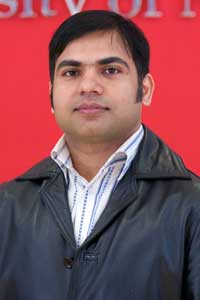 Mr. Sarwar's interests are in the areas of computer sciences and technologies. He has presented his knowledge and liaison between academic and information technology department; interacts with staffs from IT Helpdesk to ensure that systems issues are reported and followed-up on.

His is specialized and contributes to a team of professionals dedicated to provide support in relation to network, operating systems, and applications. He is inquisitive and eager to learn more new skills, to take more responsibilities especially in terms of techniques, technology in the information technology world, which is a very fast changing environment.

Being a System Administrator Mr. Sarwar currently working at York College Library's IT systems which provides technical supports to the Library in high volume of faculty and students using PC's and workstations within Network, hardware/software troubleshooting, ability to recognize problem situations and work with technology teams for resolution.