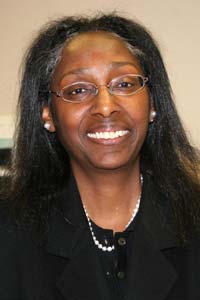 My research is on the relationship between hegemonic masculinities and organizational inequality, which includes examining issues pertaining to gender, sexuality, race, ethnicity and class.  In addition, I examine how sports are used in the workplace by employers and employees to construct competitive masculine discourses of embodiment.

Michele Rene Gregory. "“The Faggot Clause”: The Embodiment of Homophobia in the Corporate Locker Room." Equality, diversity and inclusion: An international journal. Vol. 30, No. 8 2011: 651-667.

Michele Rene Gregory. "Inside the Locker Room: Male Homosociability in the Advertising Industry." Gender, Work and Organization. May, 16; 3 2009: 323-347.

Michele Rene Gregory. "Sportswork: the role of sports in the workplace." Routledge Handbook of Sport, Gender and Sexualit. NA 2014: 416-425.

Michele Rene Gregory. "Slam dunk: Strategic sport metaphors and the construction of masculine embodiment at work." Advances in Gender: Interactions and Intersections of Gendered Bodies at Work, at Home, and at Play. 14 2010: 297-318.

" Sports Capital at Work: The hierarchical construction of masculinities in the workplace " July 17, 2010: XVII ISA World Congress of Sociology: Sociology On The Move. Göteborg, Sweden..

" Organizational Hegemony and the Face of the Firm: The Construction of Women and Men Executives as Different Workers in the British Advertising and Computing Industries " August 11, 2006: Critical Management Studies Research Workshop. Atlanta, GA..

" Organizational Hegemony: The Construction of Executive Women and Men as Different Workers in Corporate Britain " July 5, 2006: The 4th International Conference on New Directions in the Humanities. University of Carthage, Tunis, Tunisia..

Excellence in Teaching Award. Awarded by The National Society of Leadership and Success, Sigma Alpha Pi, York College: May 6, 2008.

Book Talk: a presentation and discussion of my book, "The Face of the Firm," presented by the York College African American Resource Center: Fall 2016.

Member of the editorial board for Transformations, an academic peer-reviewed journal dedicated to advancing theoretical and empirical research on pedagogical practices: Fall 2007 to Fall 2014.

Guest Speaker on panel entitled: "Why Bring IT to My Games? Donald Sterling and the NBA: What is the Proper Analysis?" presented by the York College African American Resource Center: Spring 2014.

Guest speaker on panel entitled: "Pathways to Success: The Journey of Black Pillars in Higher Education "Will Not Be Televised. It Will Be Photographed!" Event held for Black History Month at the African American Resource Center": February 26, 2013.

Academic Advisor and mentor to a Bronx High School of Science student participating in the Intel Science Project: Summer 2010 to Fall 2011.

Co-Chair of the Columbia University Seminar, “Women and Society”: Summer 2009 to Summer 2011.

Member of the Columbia University Seminar, “Women and Society”: Fall 2006 to present.

External reviewer for the Social Sciences and Humanities Research Council of Canada: Spring 2007.

Guest presenter, paper entitled: "Sex in the Corporation: Executive Privilege and the Use of Heterosexuality at Work," at Columbia University's Women and Society Seminar, New York, NY: October 17, 2005.

Presented research findings on gender inequality in advertising to the Shadow Minister for the Arts and Media, House of Commons, London, England: Fall 1989.

Guest speaker at the Women in Organisations Conference, paper entitled, "Employer's Use of Gender in the Construction of Work and Labour," The Business School, Polytechnic of North London, England: June 15, 1988.