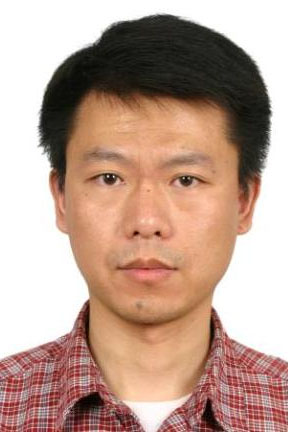 Automatic object detection in digital images has been a fundamental and important research topic in artificial intelligence (AI), pattern recognition (PR), and image processing. The problem is how to design a program that can partition a digital image in such a way that different objects in the image can be distinguished for more meaningful and intelligent analysis. He has been dedicated to designing connected component labeling (CCL) algorithms for object detection and recognition. He is also interested in CBIR (Content-based Image Retrieval), designing and developing network protocols for different computer
networks like wired networks and sensor networks to enhance their performance.
He likes doing research in graph theory and ubiquitous computing as well.

2. Li Gao, Jingyuan Zhang and Danyang Zhang*. "EZAccess: The architecture and protocols of an easy data access and collaboration model." International Journal of Computers and Their Applications. Vol. 19 No. 4 December 2012: pp. 212-223.

" A gamma-signal-regulated connected components labeling algorithm " May 10, 2019: the annual symposium of Computer Science PhD program at Graduate Center of The City University of New York (CUNY).

" A survey of user interfaces in content-based image search engines on the web " August 22, 2010: the fourth Workshop on Human-Computer Interaction and Information Retrieval (HCIR) at Rutgers University.

" EZAccess: The architecture of an easy remote data access model " October 9, 2008: Department of Mathematics at Stevens Institute of Technology.

" How to integrate SmartBoard into classroom teaching " June 05, 2008: teachers and educators at The Ruby S. Couche Elementary School - P.S. 30.

• Member of The International Society of Applied Intelligence (ISAI): 2013.

• “A gamma-signal-regulated connected components labeling algorithm,” a presentation at the annual symposium of Computer Science PhD program at Graduate Center of The City University of New York (CUNY): May 10, 2019.

• “Connected components labeling algorithms,” a presentation at Seminar in the School of Automation and Artificial Intelligence, Huazhong University of Science and Technology, Wuhan, China: April 16, 2018.

• Reviewer for International Journal of High Performance Computing and Networking: .

• Reviewer for International Journal of Computers and Their Applications: .

• Reviewer for International Workshop on Applications and Services in Wireless Networks 2007(ASWN2007): 2007.

• Reviewer for CIT 2004, The 4th International Conference on Computer and Information Technology: 2004.

• Reviewer for IEEE Symposium on Computers and Communications (ISCC): 2003-04.

• Reviewer for The 11th International Conference on Computer Communications and Networks (ICCCN): 2002.