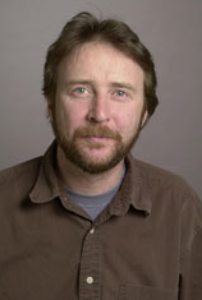 William J. Hughes is an Assistant Professor of English in the Department’s Journalism Program hired in the Fall of 2007 to assist with the start-up of York College’s four-year B.A. degree program in journalism. During a nearly ten-year career as an investigative reporter covering crime and corruption in municipal governments and police departments in Westchester and Passaic Counties, Professor Hughes also taught journalism courses at night at Kingsborough College and Brooklyn College, both alma maters.

During his career as a full-time professional reporter he won numerous awards for exposing fraud, waste and corruption. In 2015 his reporting work on the wrongful conviction of Johnny Hincapie led to a New York State Supreme court judge's overturning the conviction and ordering a new trial.

Bill Hughes. "The Murder that Changed New York City: Johnny Hincapie has done 20 years for his role in an infamous killing. Was he even there?." City Limits Magazine. November, 2010: .

National Alliance for the Mentally Ill: Stamping out Stigma Award: 2005.