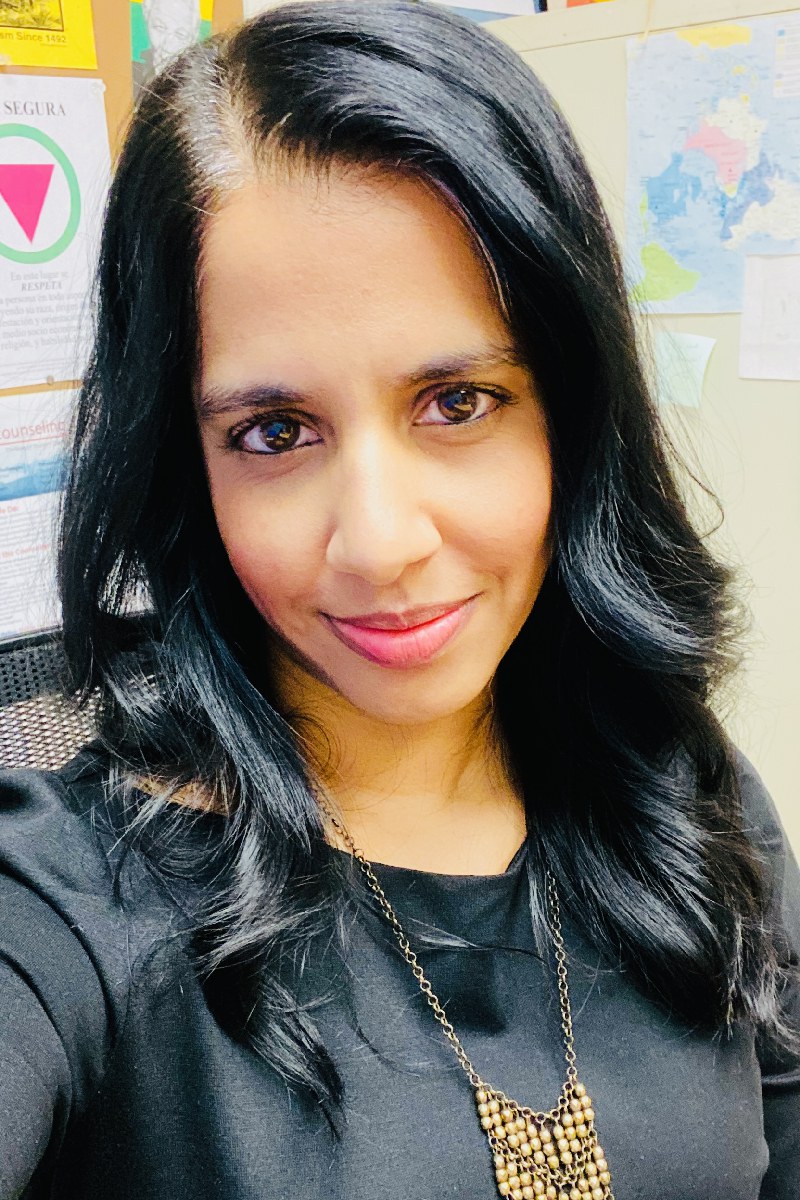 Shereen Inayatulla (pronouns she/her/hers) specializes in Composition and Rhetoric. She has taught writing in a variety of international contexts, and her research areas include critical pedagogy, literacy studies, queer and postcolonial feminist theories, and autoethnography. Dr. Inayatulla has presented papers at the Conference on College Composition and Communication, the Feminism(s) and Rhetoric(s) Conference, and the Thomas R. Watson Conference. Her work has appeared in creative and peer reviewed journals including the Journal of Basic Writing, The Writing Instructor, and the Journal of Lesbian Studies.

S. Inayatulla and A. Silva. "A Conversation Rewound: Queer and Racialized Temporalities in Hamilton." Hamilton: A Special Issue of Studies in Musical Theatre. 12.2 July 2018: 265-271.

" ‘Backwards and in High Heels’: The invisibility and underrepresentation of femme(inist) administrative labor in academia. " April 2018: Critical Pedagogies at CUNY: Learning Through Writing Conference.

" A Recursive Approach to Writing: First-year Composition and the WI Course Sequence " February 2018: Writing Across the Curriculum Colloquium, York College.

" Assess, Mark, Comment, or Correct: How to Respond Effectively to Student Writing " November 2012: York College Center for Excellence in Teaching and Learning.

" Plagiarism As Learning: The Role of Patchwriting in Pedagogy " May 2012: CUNY CUE Conference.

" Addressing Homophobia and Homo-negativity in the Classroom " March 2012: York College Center for Excellence in Teaching and Learning.

" A Process as Product: Writing to Learn and Learning to Collaborate " May 2011: CUNY General Education Conference.

" Ain’t I An Indian? Queering, teaching and representing feminist selves in text. " March 2009: Conference on College Composition and Communication.

" The Mudflap Girl Reads Queerly: Coming From and Bringing Out a Queer Feminist Approach. " October 2007: Feminism(s) and Rhetoric(s) Conference.

" Unapologetically Yours, The Open Letter as a Rhetorical Device in the Work of Gloria Anzaldúa and t.j. bryan. " October 2005: Feminism(s) and Rhetoric(s) Conference.

Compositionists of Color in Queens Collective Creator/Organizer/Member: Winter 2018 to present.