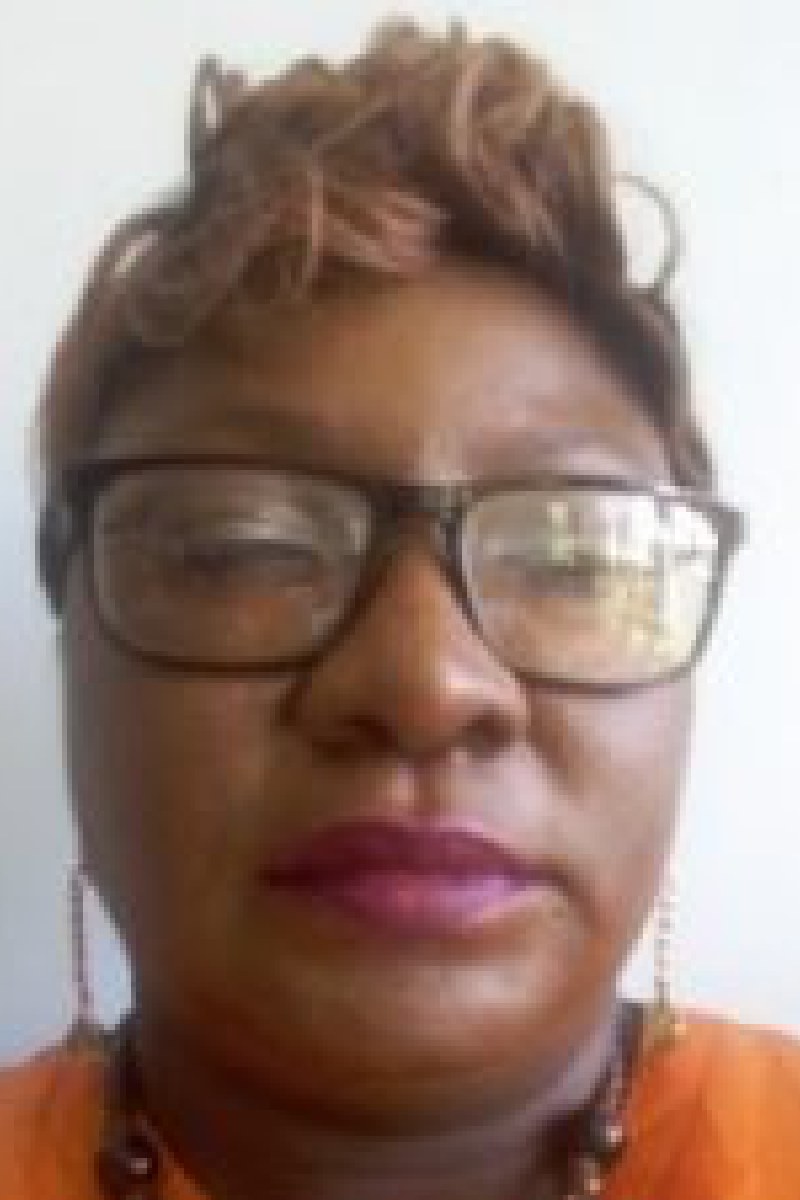 Remi Alapo is an Adjunct Lecturer at York College. She lectures on Cultural Diversity, World History, Africa and the Trans-Atlantic Slave Trade, and Black Women in the Atlantic World. She received her Ph.D. in Organizational Management and Leadership from the Univ. of Phoenix, Arizona in February 2011. In August 2000, she received her MA in African Studies from SUNY Albany. She has taught Business Ethics and Social Responsibility at Quisqueya Christian School [QCS]; supported start-up business leaders in Port–au-Prince and Jeremie, Haiti from 2007-2009. Her research interests are Africa and the African Diaspora Migrant Experiences, Post-Colonial Studies, Gender, and Cross-cultural management issues in Africa. Dr. Remi is the Director of the Institute for Peace and Leadership, Inc. An org in Brooklyn with a focus on SDG 4 on education; 5 on gender equality; 16 on peacebuilding; justice, and strong institutions; and 17 on partnerships building. She is a Civil Society Rep. at the UN.

From The Pandemic to Spirituality, Wellness and Self Love.. "https://youtu.be/7UpYhMhfjfg." . : .

Time Management, Planning and Organizing for the Final Exams.. "https://youtu.be/9dj9POsP3VA." . : .

A lecture by Dr. Chenzira Kahina from Per Ankh M Smai Tawi on the Nile River Valley / AST Speaks.. "https://youtu.be/IFA4CAHKgaw." . : .

Black Women in Africa, and in the Americas hosted by Oyotunji African Kingdom. "https://youtu.be/5Y3DgzXEYVM." . : .

CUNY Board Hearing for the People Testimony. "https://psc-cuny.org/issues/cuny-board-hearing-people-testimony." . : .

" BMCC Women’s HerStory Month 2022: Committee Member. Organized 2 CCT events: a book discussion on “The Role of Culture on Women’s Leadership”; and moderated a panel discussion on “From the Pandemic to Spirituality, Wellness, and Self Love " : .

" Architecture of Leadership: Behavioral Integrity and the Role of Strategy, Innovation, and Vision on Both Leaders and Followers”. Paper presented at the New York Political Science Association Conference, Wagner College, Staten Island. April 13, 2018 " : .

" Preparing Geographers for Business and Private Sector” session during the Association of American Geographer Geographers conference in Boston, MA. April 5, 5-9, 2017 " : .

" Careers and Professional Development” session of the Association of American Geographers conference in Boston, MA. April 5-9, 2017 " : .

" Generation X: The Role of Culture on the Leadership Styles of Women in Leadership Positions”. Paper presented at the Gender of Governance in African Contexts session during the 59th African Studies Association Conference in Washington D.C. December 3-5, 2016 " : .

" The Role of the Religious Leader as a Bridge Builder of Conflict". Paper presented at the International Association for Conflict management (IACM) conference in Clearwater, Florida. June 28 – July 3, 2015 " : .

" Gender Relations of Space: Impact on women’s leadership in Nigeria.” Revised paper to be presented at the Cultural Studies Association conference. University of Utah, Salt Lake City. May 29 - 31, 2014 " : .

" The Role of Culture on the Leadership Styles of Generation X Women in Nigeria." Presented at the Geography Department. University of Lagos (UNILAG), Akoka. Yaba, Lagos State, Nigeria. June 20, 2013 " : .

" The Role of Culture on the Leadership Styles of Generation X Women in Nigeria: A Phenomenological Study." Unedited Unpublished Dissertation Manuscript - Defended on February 25, 2011, at the University of Phoenix, Arizona. The abridged version was presented at the Annual Association of American Geographers Conference at Sheraton Hotel, New York City. February 25, 2012 " : .

" Professor promotes #SocialActivism in the classroom at York " https://sslvpn.york.cuny.edu/https/www.york.cuny.edu/news/professor-promotes-socialactivism-in-the-classroom-at-york-college-cuny: .

CUNY Service Learning Fellowship / Training. Spring / Summer 2019: $1000.Develop a Service Learning Project over the summer with Community Board 1 Manhattan on Civic Engagement with the Waterfront, Parks and Cultural Committee for Intro to Politics (POL 110) Fall 2019 course., . : .

Statement on “FREE CUNY” sent on behalf of CUNY Students to PSC during the Fall 2019 CUNY Board of Trustees Meeting at Lehman College, Bronx, New York.: .