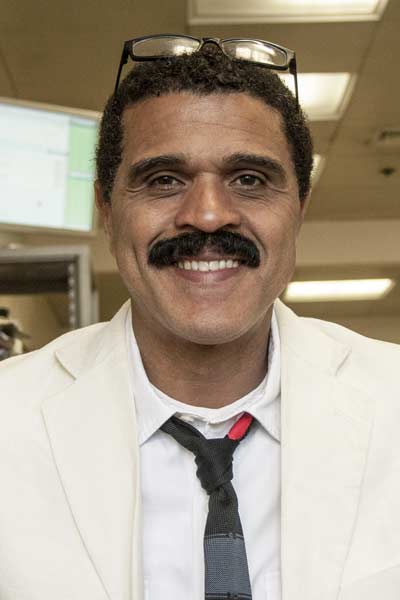 Hamid Bahri is Associate Professor of French and Francophone Studies. He also serves as Study Abroad Advisor. He teaches literatures and cultures of the Francophone world as well as elementary French classes. His research interests span the postcolonial North Africa and the Arab world, translation, cultural studies and film. He is currently examining the theme of ethnicities, race and the myth of origin in North Africa.

"Cazenave, Odile. Contemporary Francophone African writers and the burden of commitment, by Odile Cazenave and Patricia Célérier. Virginia, 2011" 2011: Vol. 49 no. 01.

"Bourget, Carine. The star, the cross, and the crescent: religions and conflicts in Francophone literature from the Arab world. Rowman & Littlefield, 2010" 2010: Vol. 48 no. 03.

" Keynote speaker at “As the Region Explodes”: Forum on the revolutions in the Arab world. York College, CUNY. " March 15, 2011: York College.

" Interdisciplinary Perspectives on Colonialism: "The Old and the New Generations of North African Writers and the Issue of French" " Spring 2008: York College Community.

" "Francophone Intellectuals and the Post 9/11 War on Terro: Negotiations and Compromises" at Radius of Arab American Writers (RAWI) " 2007: University of Michigan-Dearborn.