On June 15, 1978, two days after they graduated from York College, CUNY, Wayne Hall and Derrah Ruff tied the knot. One could say they left York with two great accomplishments, a degree and a partner for life.

Asked about the circumstances of their connection, Mr. Hall says they met in 1973. He would see the then-Ms. Ruff on Jamaica Avenue walking with a briefcase down to her college classes at the  Montgomery Ward building, where York was then housed. He liked what he could glean of his fellow-student and eventually “said something to her.”

Their first date was at a steak house on Jamaica Avenue. How could he afford steak on a student- budget? He said he had a job and the splurge was important. You could perhaps call it a love investment in his future. Cupid's arrow flew and they have been together since then. For her part, when asked what attracted her to the tall, handsome classmate, Derrah Ruff Hall said simply, “He looked like a stable, hardworking person.”

And indeed he turned out to be just what she thought. Before long the two were a couple and eventually got engaged and planned their wedding for right after graduation. Ms. [Ruff] Hall was an early Childhood Education major and Wayne Hall was a Biology major. Mrs. Hall spent over 40 years as a Human Resource Specialist at the Brooklyn VA and later at the St. Albans VA Hospital Center.

Mr. Hall, a military veteran, had served with the 45th medical battalion, 3rd Armored Division in Frankfurt, Germany so his experiences are varied and important. But so is his medical history.  He lived on dialysis for many years until finally in 2016, he received a kidney transplant at Yale University Hospital. And neither dialysis nor as a kidney recipient, has slowed him down in the least.

He spent 31 years as a Laboratory Technologist, nationally certified by the American Society of Clinical Pathologists (ASCP). For 26 of those years he was supervisor of chemistry, special chemistry, hematology, coagulation, urinalysis and blood bank at the now-closed Peninsula Hospital in Far Rockaway. He also “worked in microbiology and mycology.”

He would later embark on a successful career in politics as mayor of Hempstead, Long Island from 2005 to 2017. He explained that campaigning was hard work, but again, York had prepared him.

“The discipline of York and the faculty made a difference in my life,” he noted. “The discipline made me focus on what I had to do. The hard work and guidance from Dr. [Leslie] Lewis and Dr. [Jack] Schlein taught me discipline. And it has been there throughout my whole career and when I ran for mayor it was very, very helpful.”

Now married nearly 44 years and both retired, the couple is having the time of their life running and travelling and volunteering. They are parents of two sons and proud grandparents of two as well. During his three terms as Hempstead’s mayor, he worked as hard as he had as a healthcare professional. Mr. and Mrs. Hall have never forgotten York College as the place where they earned their bachelor’s degrees and nurtured the infancy of their relationship. They usually attend their class reunions at York whenever they (the reunions) come around. As mayor of Hempstead, Mr. Hall would also make time in his busy schedule to attend some of York’s special events such as the Executive Leadership Breakfasts.

Mrs. Hall confirmed that his schedule as an elected official was not always easy on a relationship, but she “made a way to take part in events as needed.”

They are now busy as ever as retirees. Mrs. Hall is the “Run Coordinator” for Black Girls Run in Nassau County; and the former Mayor Hall is “a post kidney transplant recipient, who walks 4.5 miles per day, five days a week and referee Middle School and High School basketball games.”

Theirs is one of many love connections combined with academic rigor as York College students.

Happy Valentine’s Day to the Halls and all other couples forged at York College and elsewhere! 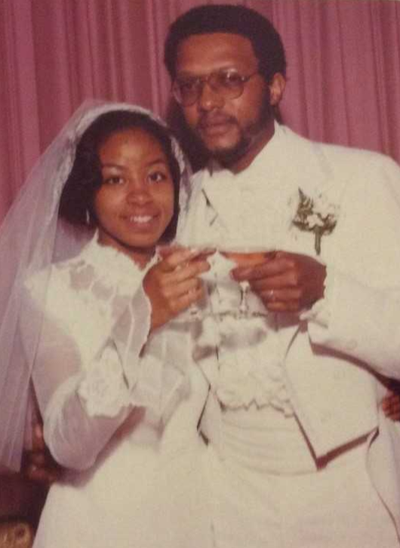 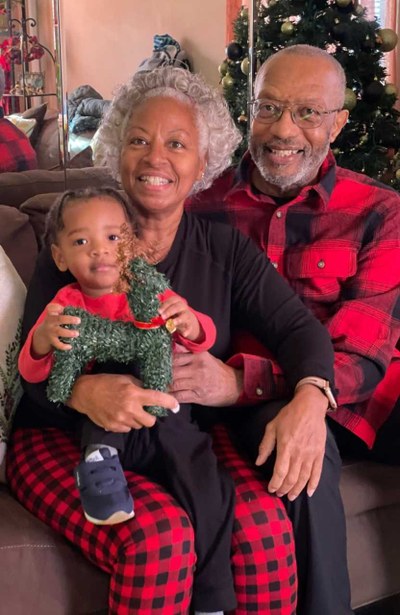 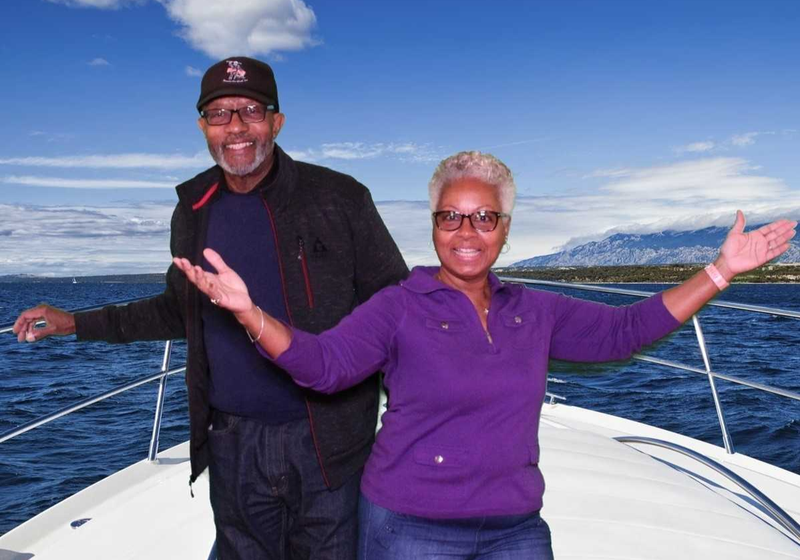