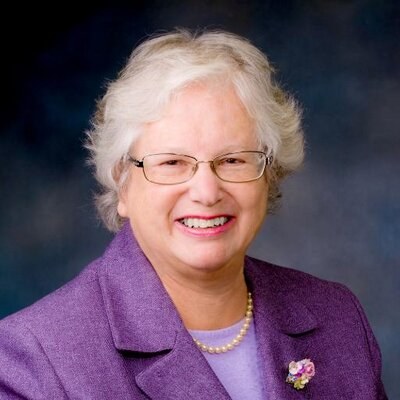 The Senate Speaker series was the brain child of Professors Robin Harper (Political Science) and Jacob Apkarian (Sociology), who began the series in the spring of 2019 as an in-person event with Senator Leroy Comrie followed by Senator Robert Jackson. The senators converse with students about how state government works and in particular, what they are working on in their own Senate committees.

Senator Stavisky, a Democrat representing District 16 in Queens, visited the combined York College class on November 18. She is chair of the Senate’s Higher Education Committee and covered topics such as overview of the state budgeting process, the accomplishments for public higher education from the most recent budget, the legislature's plan for closing the TAP gap (difference between tuition costs and reimbursement from the NYS Tuition Assistance Program) over the next four years; her thoughts on the recent political turmoil in New York State and Washington DC and expectations for the future (much less turmoil in NYS; probably not in DC); her life experiences that led her into office; and at the end she briefly discussed her support of revenue generation via the millionaire tax.

The former high school Social Studies teacher also briefly discussed the fall of now-former Governor Andrew Cuomo and the rise of his Lieutennant Governor Kathy Hochul as governor. She gave Cuomo credit for the good things he did for the state and called his 11 accusers heroes. She is optimistic that this change in the Executive Branch will improve the culture of Albany.

The students were engaged and curious, questioning the senator about TAP and other matters pertinent to them as students. Professor Alex Costley, from the Health and Student Performance Department, asked an interesting question about revising the definition of fulltime enrollment (FTE) used in funding considerations to be consistent with the TAP definition (i.e. lowering from 15 credits to 12) given the proportion of CUNY students that work part-time and full-time. Stavisky promised “to bring it up” at the next public hearing of the New York State Higher Education Committee.

Senator Stavisky, who replaced her late husband, Dr. Leonard Stavisky in the State Senate in 1999, and was the first woman elected to the State Senate from Queens, had been at York in person earlier in the week. Chancellor Félix V. Matos Rodriquez, York’s President, Berenecea Johnson Eanes, and other CUNY representatives, including student leaders, testified before her committee. She said she brought the hearing to York because York deserves the recognition as an important CUNY institution.

“We feel very grateful to have had the privilege of hosting Senator Stavisky even if it was only virtually," said the professors. "When students have the opportunity to directly interact with and learn from their state representatives, the curtain is lifted and they get an opportunity to observe and ask questions about the inner workings of policy making.  Our New York State Senate Speaker Series also makes connections between students and legislators that lead to future opportunities (e.g. internships) in state government.”