A York College Journalism Professor recently welcomed two graduates back to the fold to speak with current students in the [Journalism] program. 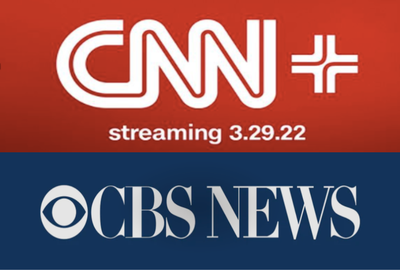 A York College Journalism Professor recently welcomed two graduates back to the fold to speak with current students in the Journalism program.

Professor Tom Moore, a veteran Journalism professor at York is always happy inviting his graduates to inform current majors about what it's like to work in this field, what they should prepare beforehand and what challenges they might face in this competitive field of study.

Guests usually come to campus for in-person seminars, but this time they appeared virtually and made an impressive presentation nonetheless. The March 18 event featured Janae Hunter of York’s Class of 2015; and Levar Alonzo of the Class of 2017. Ms. Hunter, who enrolled at York with credits from the York College Early Academy (YECA) with at least 60 credits earned at the college during her high school years, was able to graduate from York College in only two years. She is also a graduate of the CUNY School of Journalism.

Hunter launched her career at what was then known as NY1 News (now Spectrum) before moving to CBS News, where she first worked on the additional streaming side and is now a segment producer for the 7 pm broadcast. Her job is putting together guest interviews for whoever would be appearing on the show. She puts together a 5-7 minute talk, or will ask a few questions, create and show graphics, and prepare questions for the anchors. It all airs on the 7 pm show.

Mr. Alonzo, graduated from York College in 2017. He began working for local papers such as The “Manhattan Express” and the “Downtown Express.” Following those stints, Alonzo went on to the NYU Graduate School of Journalism, where he interned at two different places, one of which being the “60 Minutes.” After graduating from Journalism School in 2019, he worked for CBS as a news associate and broadcast associate.

His responsibilities included cutting voiceovers, producing voiceovers, and creating over-the-shoulder graphics. He also threw a lot of pitches. He then left and joined the CNN+ team, where he now works in the features unit. Their CNN+ show, Interview Club, encourages anyone who wants to be a part of it and share their thoughts and opinions, but if there is breaking news, they will find someone who can speak about their viewpoint on it.

The graduates told the students that it is critical for journalism majors to have clips and portfolios ready when they enter the real world.

“Just having clips and articles that have written bylines shows that ‘hey I can do this stuff, I have experience of this, this is not new to me, I can come in here and do this stuff,’” said Hunter. “So, as soon as you get a byline, take it to the copier, print it out, put it in a folder or if it’s a video, save them so you can show to anyone if you need to.”

When it comes to any job, experience plays a big role, even in journalism. That’s why having a lot of bylines is important and they can be gained through the articles written in journalism classes, college newspapers, and internships.

“Experience is very valuable because I have been questioned a lot about what my experiences are in the newsroom,” said Alonzo.

Hunter and Alonzo encouraged students to attend graduate school if they want to learn something new related to their field or have hands-on experience. Hunter wanted to do broadcasts and learn how to use a camera, so when she saw a journalism school advertise that they would teach students how to edit video, use a camera, shoot videos, she went for it.

For Alonzo, through NYU he was able to learn different aspects of the camera too. It gave him an extra boost and elevated his experience. Journalism grad schools help with writing, reporting, editing, and networking skills. One of the participants, Lisa Sime, asked Hunter, “Do you feel like it is necessary to still have written articles in your portfolio even though a student like me is more into broadcasting?”

“I think you should always have written articles because anything that demonstrates that you can write well is always going to help you in the long run,” Hunter told her. “Regardless of network, if you can’t write well, then you’re not going to go far in this business.”

Another participant, Jeremiah Duffy, asked Hunter if she can tell what makes a good pitch. In response, Hunter said that a good story must have strong visuals.

“I do not like pitching something unless I know it can be visually told. It should spark interest,” said Hunter.

The guest speakers believe having clips shows that you already know this stuff and that you know how to write well. Internships and grad school can both be beneficial in terms of gaining experience. It’s also good to make connections that can assist you in this field. Before leaving, Alonzo shared one last piece of advice with the students that can come in handy when they get into the news industry.

“Lead with your best shot first, because everyone wants to see the best stuff first.”