Retired professor Jo Carolyn Lewis, has died. She was, according to former colleagues, devoted to York College.

A Sociology professor, former colleagues report that Dr. Jo Carolyn Lewis helped to develop the discipline into a major during York’s infancy. For 28 years (1969 to 1997), Dr. Lewis served the college with distinction. Like so many founding and other professors, Prof. Lewis saw the potential of the newest senior college and was committed to its survival and growth.

Dr. Shirley Ostholm and other stalwart, now retired faculty, are singing the praises of their friend and colleague, who died last month at the age of 97.

“She [Jo Carol Lewis] did so much at the college beyond her teaching and interaction with students,” says Ostholm, a former Political Science professor/Pre-law mentor. "She was instrumental in developing sociology as a major, and she wrote the original faculty handbook.  She also, with Carolyn Kirkpatrick in the English Department, designed a practical course and taught it for faculty to understand and use the computer, among her many accomplishments.  She was particularly helpful to Dr. Che Huang. Joe volunteered in many areas of York College.”

Dr. Huang, shared his sentiments on the passing. “Oh, it saddens me to hear of the passing of my dear friend, Jo,” he said. “Jo was a colleague and friend. She and I worked closely to implement two important projects at York College. First, Professor Jo Lewis, Dr. Carolyn Kirkpatrick (retired from the English Department), and I worked closely together to develop a computer literacy course, which was titled "Academic Computing 101" (Introduction to Microcomputers). This was a pioneering undertaking in the 1980s. We prepared our own instructional materials, and Jo was the key writer.  Secondly, Jo worked closely with me to implement a major grant awarded me and renewed multiple times by The US Department of Education in the 1980s and 1990s. I was indebted to Jo and her contributions to York College will long be remembered.”

“Jo Carolyn Lewis was my friend, neighbor and colleague, Ranis said in an email, shared here. “Jo was the first full-time founding member of the sociology discipline in 1968-69, coming over from Queens College. With her theoretical and quantitative talents, she was instrumental in developing the Social Science Department where she excelled in reaching out to incoming students.  She was among the very first York faculty to initiate Writing-Across-the Curriculum (WAC) in the late 1980s.  I recall she, along with Carolyn Kirkpatrick taught the first York College word processing courses (WordPerfect) and its predecessor (WordStar).

Jo and I worked very closely in 1996-97 in mounting a resistance and defeating an attempt by Citibank to install a new York College ID.  York, along with City College, were the first campuses to initiate faculty opposition to Citibank's attempts. Our Faculty Caucus and York Senate wrote strong resolutions opposing the Citibank CUNYCard.

Our York Senate resolution of February 1997 read in part "The new Citibank ID is being promulgated by a financial corporation known for being unfriendly to federal aid to college students, a leading anti-union subcontractor, a bank that red-lines potential customers and a bank not known for its commitments to minorities."  Jo was instrumental in organizing and documenting the many steps it took at CUNY's many campuses to oppose the introduction of a Citibank CUNY ID as opposition spread throughout the many college campuses until the CUNY Chancellor's office ended the corporate connection.  The Citibank CUNYCard ID was electronically-linked as a student debit card receiving millions of dollars of Pell grants. Student debit withdrawals and user fees, as opposed to credit cards, were immediately withdrawn from student accounts. Citibank would have had a monopoly access to York students rather than the bank of their choice. Moreover, the costs of administering the Citibank CUNYCard at York would have supplanted the new academic initiatives, library holdings, student scholarships and better student services. It would be for something for which neither students nor faculty expressed an interest.

On a personal note, Jo gave me critical statistical advice and support in the writing of my 1992 book on Argentine worker "Political Values and Attitudes."

One contemporary, who asked not to be identified by name, says writing about Lewis at her passing is about legacy.

“Jo was unique," she emphasized. "She was a true servant leader, who really loved York College. She was unique in working across the college and across disciplines. She was a pioneer. Jo came along when everything had to be developed. She displayed extraordinarily self-sacrificing.”

York College is truly grateful for Professor Jo Carol Lewis’ service and extends condolences to her family and friends. 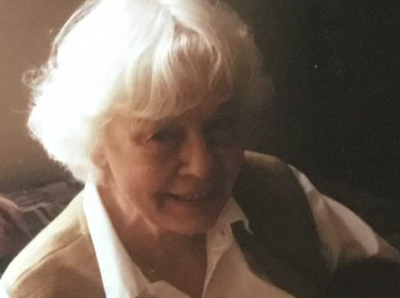