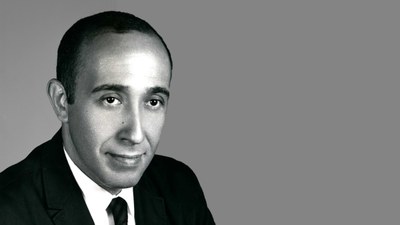 The Passing of a Founding York Professor and Dean

Dr. Sidney Rosenberg died on October 23, 2019. He was one of the founders of York College and a signer of the "York College 1967 Convocation Charter."

Part of the original faculty as well as being the first and only Dean for Social Sciences, he retired from York in 1996 as Professor Emeritus in Psychology.

Dr. Rosenberg was born and raised in East New York, Brooklyn. After graduating from Boys High in 1947, he joined the Navy. . .and, later re-upped into the Army during the Korean War. Thanks to the GI Bill he went on to earn his BA in Psychology at Brooklyn College and his Ph.D. in Clinical Psychology at Teachers College Columbia University, where he wrote a pioneering doctoral thesis in the emerging field of Cognitive Psychology. Dr. Rosenberg spent his career working on behalf of underserved communities in New York City and, as a special consultant to such communities across Canada. He was a co-principal investigator for a multi-million dollar federal grant that became the T.R.Y. project (Training Resources for Youth), based in Bedford Stuyvesant, Brooklyn.

A true Renaissance man, Dr. Rosenberg was a dedicated scholar with a breadth and depth of knowledge surpassed by few. In addition to teaching courses in Psychology, as Dean he taught courses in Physical Anthropology, then after he retired, he taught Western Civilization at York.

Dr. Rosenberg was a gentleman in every sense of that old-fashioned word and a gentle man.

His wife, Dean Donna Chirico, asks that instead of flowers or sympathy gifts that those who cared about Sidney raise a glass in his memory –- preferably a Brunello di Montalcino.

*A memorial service will be held at a future date.