Prof. Lewis Does  Podcast Interview on his Frazier Book

by Marcia Moxam-comrie — last modified Oct 22, 2021 03:58 PM
Contributors: rnunez
In the most recent interview on his highly-praised book, Professor Glenn Lewis discusses the book that was 40 years in the making. 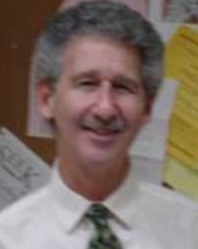 The CUNY podcast interview on the book, "Sparring with Smokin' Joe: Joe Frazier's Epic Battles and Rivalry with Ali" (Rowman & Littlefield), can be found on the CUNY website at  cuny.edu/podcast. It is featured on "Book Beat."

Lewis' book was recently named to the “Top 10 Best Sports Books of 2021” by the American Library Association’s Booklist. The late boxer Joe Frazier, known as one of the greatest fighters of his era, is given his dues in Lewis' book. The former sports writer, honors the legend while giving readers a critical look at the matches between [Frazier] and Ali, his greatest rival, fifty years after the "fight of the century."

It also provides a behind the scenes look at Frazier the man, the father, and the husband as he mounted a comeback while also touring as a singer and training his son to take up the family sport.

Kudos to Prof. Lewis on his work bringing Frazier back to boxing fans' memory in such a meaningful way!