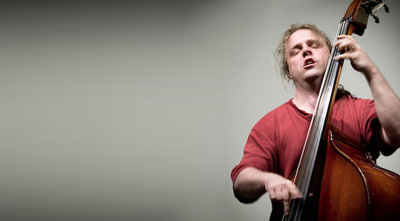 Professor Tom Zlabinger recently gave a presentation "A New Kind of Blue: Connections between Early West Coast Psychedelic Music and Jazz (1963-1973)" as part of the Honors Program's Seminar Series. The presentation showed how the music of Miles Davis and John Coltrane was important and influential to bands like the Byrds, the Grateful Dead, Jefferson Airplane, Santana, and others.

"It was a thrill to share my work and the music of these great musicians with students, faculty, and other members of the greater York College community. As a scholar of blues, jazz, and rock, I am always amazed at how the music of a handful of musicians can inform so many other and different musicians."

In the case of this work, there are several stories about early west coast psychedelic musicians first loving recordings my Miles and Coltrane and then later seeing these jazz giants live. The freedoms heard by these young musicians in the music of Miles and Coltrane helped inform the foundation of psychedelic music, which would reach across the country and around the globe. By telling these stories and highlighting such connections, we can see and hear how the music of these two African-American jazz musicians crossed into and was transformed in other spaces, namely the predominantly white, psychedelic scene of the late 1960s and early 1970s. And this is the greater meaning and purpose of Black History Month for me. By drawing a larger picture of the history of U.S.-American music that underscores the connections of African-Americans with non-black music, we better understand our country's history. Through the inclusion of all peoples and all elements of our country's history, we are able to envision a composite history that accurately depicts the complexity of U.S.-American life. And in so doing, we not only honor African-American musicians, but we begin to see, hear, and better understand key transformations that have taken place in out country's history due to cross-cultural exchange.