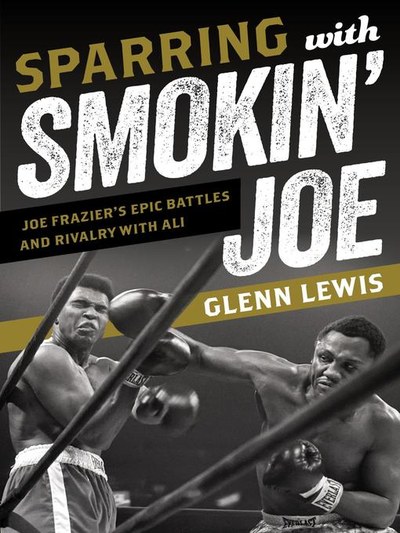 The book, "Sparring with Smokin' Joe: Joe Frazier's Epic Battles and Rivalry with Ali" (hardcover), was released by Rowman and Littlefield Publishers in February 2021, and is based on a series of interviews in the 1980s as Lewis spent time with the retired champ touring as a musician and training his son, Marvis to be a champion fighter as well.

The book examines Frazier's "epic battles" with Ali in the ring and the emotional scars outside the ring, caused by Ali's merciless personal attacks on Frazier's looks. Lewis, an accomplished sports writer and generalist journalist, chronicles the fights blow by blow, with requisite skill, but he introduces us not only to Frazier the heavy weight champion and Olympic Gold Medalist, but also to who the man was outside the ring. It is an engaging read for boxing fans, but also for anyone interested in the human condition as a whole.

Lewis has been invited to discuss the book on October 5, from 6 to 7 pm at CUNY's Craig Newmark Graduate School of Journalism. He is also scheduled for CUNY TV interview with Sheryl McCarthy in October as interest in the book picks up following the reopening of CUNY and the city.