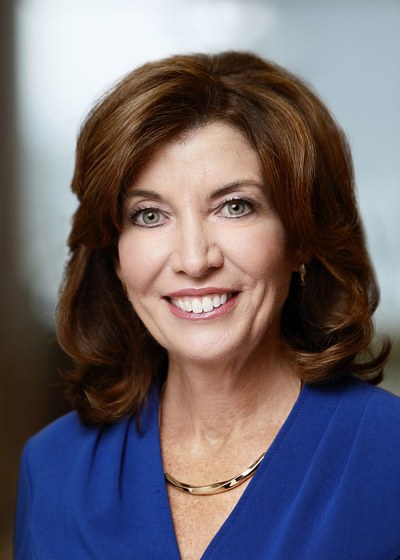 It has already been a year since COIVD-19 disrupted daily lives and activities. Since then, a vaccine has been developed by Pfizer (among other companies) to combat the virus.

At York’s most recent Executive Leadership virtual Breakfast, Dr. Berenecea Johnson Eanes, President of York College, welcomed New York’s Lieutenant Governor Kathy Hochul, to update the community on the progress being made one year after the state went on shutdown. The Lieutenant Governor also commented on the contributions of women in the state.

“Leadership has many faces,” Hochul said. “People who step up are important. Real leadership calls upon all of us. This [pandemic] will build character. It has built in you a strength that you did not know you had. We can be a stronger, healthier people. Lean hard into developing your public speaking skills. There are so many opportunities to step up and lean into it. Look at what’s going on here at York College.”

The keynote speaker also had high praises for Governor Andrew Cuomo’s communication with the state throughout the pandemic. She noted in particular, “how he led and calmed people’s fears.”

But she was particularly supportive of women in the workforce. Hochul, the highest elected woman in New York stated government, remarked that 74 percent of healthcare jobs are currently held by women.

“A lot of women with children had to work through the pandemic,” said Hochul, whose assertions are borne out by the statistics. The United States Census Bureau, states that “women have driven 80% of the overall growth in the booming healthcare field since the turn of the century. Women account for three-quarters of full-time, year-round health care workers today.”

In closing out her presentation, Hochul also reflected on where the state is in the fight against the killer virus currently.

”We are almost close to the light at the end of the tunnel,” said Hochul. “It might not be tomorrow or next month, but we’re close. York College as a group is pulling together to make sure it is working with its local government so that we can distribute vaccines. We have learned the critical value of crisis communication. Tell people what’s going on, reach out to them at home…shame on us if we don’t learn from what happened through this pandemic.”

Also presenting that morning after Hochul, were members of the vaccination team (Alejandro De La Campa the York College mega vaccination site manager, who brought updates on the progress being made at the site housed in the college's Health and Physical Education Complex (HPEC). Two other colleagues also brought updates.

”In partnership with the Federal Emergency Management Agency FEMA, De La Campa, said, “the CDC established here at York college in Queens [is] a model for distribution. It is to support 3,000 vaccine a day and on February 24 we opened the doors and got more than 2,000 people, and as of today (March 22, 2021), we have administered more than 75,000.” That number is now more than 100,000.

Students at the York College Nursing program as well as from the Pre-Med Club, Physician Assistant alumni and other academic majors have been at the York site in a symbiotic relationship.

“The students have been able to be more hands-on than if they were actually working in a generic program,” says Prof. Renee Wright, Chair of the Nursing Program. ”Our program has been recognized by RN.org as one of the top nursing programs in New York State.”

Even the US Military is excited “It has been so rewarding and exciting to work with FEMA and serving the people of Queens,” said Commander Trevor Ritland, Commanding Officer Mobile Dive and Salvage Unit TWO of the U.S military, who is currently based at the vaccination site. “There is light at the end of the tunnel every day here at York College.”

[Ms.] Dale McShine,  Acting Deputy Regional Administrator for FEMA’s Region II also gave remarks. “Spring brings in new birth,” she said. This has been an unprecedented mission. The partnership between York, FEMA and the state is a national model for best practices.