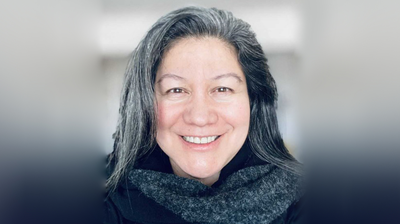 The Feliks Gross Endowment Awards are named after two of the CUNY Academy’s founding members, Feliks Gross and Henry Wasser.  In CUNY’s announcement to Dr. Ramos, they told her, “Every year we select among a large group of highly qualified, academically impressive Assistant Professors from all CUNY campuses. This year was no different. Your award is richly deserved, and the selection committee was honored to read of your accomplishments.”

Nominated by her chair, Dr Fabiola F. Salek, Dr Ramos is grateful for this early recognition and for the opportunity to shine a light on York and her department.

“It is an honor to receive the Feliks Gross Award, an important recognition for my academic work and my work in the field of creative writing,” says Dr. Ramos. “Working in Contemporary Central American literature allows me to make visible the contribution of women writers and the literary production  of an area that has been somewhat stigmatized, and which has not been studied enough. This award encourages me to continue my academic research in a field that I am very passionate about.”

Dr. Ramos added that the honor is doubled as it comes at the recommendation of her chairperson.

“I want to thank, of course, Dr. Fabiola Salek for nominating me and for making visible the work of her colleagues,” says Ramos. I also want to thank all my colleagues, the Office of Academic Affairs at York College, and all the people who have always believed in my academic and creative work.”

Dr. Salek is pleased at the outcome of her nomination and is celebrating Dr. Ramos’s win.

“I was deeply honored to nominate Prof. Ramos to the Feliks Gross and Henry Wasser Award and very proud that she was the first scholar to receive this award at York,” says Dr. Salek. “Prof. Juana Ramos is not only an outstanding colleague, but a renown poet; and an exceptional scholar that highlights the neglected work of Central American poets.”

Dr. Salek added that Dr. Ramos has published several books, and her poems and short stories have appeared in several anthologies, digital journals, blogs, and literary magazines in Latin America, Europe, and the United States.

“In 2020 she launched EntreTmas a digital space where she interviews and promotes Latin-American women writers that reside in the United States,” says Salek. Professor Ramos’ poetry is deeply personal reflecting the constant search for a new fragmented self, different types of exile, and the immigrant experience in New York.”