Office of the
President

Office Of The President

Following an academic year (September 2019 to June 2020) as interim president of York College, CUNY, Dr. Berenecea Johnson Eanes was appointed permanent of the institution. This appointment marks Dr. Eanes’ return to CUNY, having served for six years as Vice President for Student Affairs at John Jay College (2006-20012). President Eanes immediately began assessing the needs of the college and devising a strategy to grow the college as “One York,” where everyone feels valued for their contribution to the academic enterprise. To this end, she embarked upon a “listening tour” of the college community as well as meetings with external stakeholders whose support York has always depended upon to survive and thrive.

During the interim appointment at York, Dr. Eanes accomplished several long and short-term goals including: the completion of York’s Strategic Plan, establishing three main pillars to support “Undergraduates who Thrive and Graduate;” “Inclusive Signature Programs;” and a “Vibrant Community and Campus Spirit,” as a hallmark of her tenure and beyond for the next ten years; launched the One York Emergency Fund to support students during the COVID-19 Pandemic and resultant shut-down. Seeded with a $20,000 donation from the Alumni Association, the effort has now raised more than $50,000.

Immediately prior to her York College appointment, Dr. Eanes served for seven years as Vice President for Student Affairs at California State University Fullerton (Cal State Fullerton), a 40,000-student body, where she delivered leadership and oversight for university and student success programs under the guiding principles of ensuring that everyone working at the university has a role in student success. Her plan included broad-based faculty, staff and student input, sustained academic rigor and integrity; a meaningful first-year experience and other success-driven programs and initiatives. She led institutional efforts to deliver vision and oversight to all student services departments, including Admissions, Career Services, Dean of Students, Disabled Support Services, Diversity Education Initiatives, Financial Aid, Housing and Residence Life, Division 1 Intercollegiate Athletics, Outreach, Recruitment & Orientation, Student Health and Counselling Center, Title IX and much more. Additionally, she provided vision and oversight of $182 million in new campus construction and renovation projects impacting the student life experience; and added numerous staff positions across the administration in support of student success.

At Fullerton, Dr. Eanes also co-led the work of the university-wide task forces charged with the operation of the university’s 2013-2018 Strategic Plan, which coincidentally, York College is currently undergoing. In addition to her extensive leadership experiences, Eanes is a noteworthy scholar widely published in her field of Social Work and earned more than $8 million in grants for her research to support student success initiatives. She has taught and/or been an administrator at various other institutions including Columbia University, John Jay College of Criminal Justice, Morehouse College, Georgia State University, Clark Atlanta University, Hamilton College and Teach for Africa, Ethiopia. Now in her second academic year at York, President Eanes led the college to its largest Giving Tuesday fundraising effort, more than tripling what the college raised in 2018, the year before she arrived at York; and tripling what was raised in 2019. This year York broke its record by raising nearly $90,000 to help fund her strategic priorities. As a scholar, she also published an important paper, co-authored by a former student affairs colleague   https://www.york.cuny.edu/news/president-eanes-co-authors-the-invisible-pandemic-of-grief-finding-meaning-in-our-collective-pain.

Dr. Eanes earned her succession of degrees from Dillard University in New Orleans, where she majored in Public Health; Boston University, where she earned the MSW; and the Doctor of Social Work (PhD) from Clark Atlanta University, where her dissertation, An Analysis of Attitudes towards Marriage among African-American Male College Students: A Test of Four Perspectives, was well-received. She has made numerous scholarly presentations and given keynote addresses at a cross-section of events and occasions. The higher education trailblazer now looks forward to establishing a record of success at York College. Her plans are to build on the legacy and Mission Statement of “enabling students to grow as passionate, engaged learners with the confidence to realize their intellectual and human potential as individuals and global citizens.”

Dr. Eanes, who is leading York with passion and shared governance in this new era, is away from her professional life, a wife and the mother of two delightful school-aged children. She lives with her family locally and is a member of Alpha Kappa Alpha Sorority, Inc., Queens Chapter and Jack and Jill, Inc. Her CV is available Online. 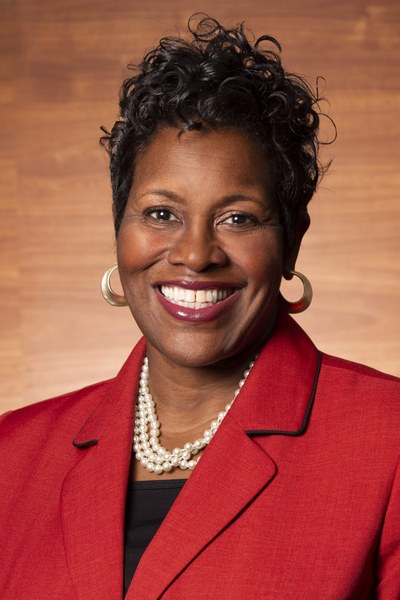