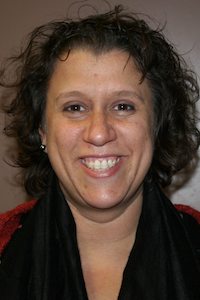 Robin A. Harper is a Professor of Political Science. My research focuses on immigration, citizenship and civic engagement. Projects explore how migrants in the United States and Germany think about citizenship and how those understandings influence civic engagement; federal and city citizen-making processes; the role of temporary labor migrants in Israel. My classes concern citizenship and questions of inclusion/exclusion through American and Comparative Politics, Public Policy, Law and Public Administration. Before York, I was Visiting Assistant Professor at Wellesley College and Adjunct Assistant Professor at Queens College; Deputy Director of the NYC Mayor’s Office of Immigrant Affairs and Language Services; Social Services and Immigrant Affairs Policy Supervisor at NYC OMB; Policy Analyst in the Berlin, Germany Ministry for Labor in the Immigrant Integration Department as a Robert Bosch Fellow; Project Supervisor for a cross-border program in Pakistan and Afghanistan.

Harper, R. A.. "Making Meaning of Naturalization, Citizenship and Beyond from the Perspective of Turkish Labor Migrants." Jahrbuch türkisch-deutsche Studien. 3 2011: 17-36.

Harper, R. A., & Zubida, H.. "A question of hygiene or nationality? Exclusion and non-Jewish labour migrants, refugees and asylum-seekers in Israel, 2006-2017." Medicalising borders Selection, containment and quarantine since 1800. 2021: .

Harper, R. A. and Zubida, H. in David Tal. "The Israeli Triangle; (de)constructing the borders between Israeliness, Jewishness and Migrant Workers." Israel Identity: Between East and West.. 2013: 177-196.

Harper, R. A. in Yuri Kazepov, ed. "The Transformation of Inner and Outer Space: Reflections on Space and 9/11”." Cities of Europe. Changing Contexts, Local Arrangements and the Challenge to Urban Cohesion. 2004: .

Harper, R. A. and M. O. Sharpe. "Learning through the Pandemic Transactional online education is failing our students." Academe. Fall 7/23/2020: .

Harper, R. A.. "Excerpt from “Thinking about IRB and research partners.” Presented at the roundtable “Will the real ‘research ethics’ stand up? IRBs, DA-RT, QTD, and the APSA Ethics Guide in the age of Trump,”." APSANET. 2019: 5 ms pages.

"Laura McAtackney and Randall H. McGuire (eds.) (2020) Walling in and walling out: why are we building new barriers to divide us? (School for Advanced Research (SAR)) in Choice" January 2021: .

"Rachel Ida Buff's (2017) Against the Deportation Terror: Organizing for Immigrant Rights in the Twentieth Century (Vol. 3). Temple University Press. in Choice" May 2017: .

"Noah Benezra Strota’s (2017) Lions and lambs: conflict in Weimar and the creation of post-Nazi Germany. (Yale University Press) in Choice" 2017: .

"Nicole Stokes-DuPass and Ramona Fruja’s (2016) Citizenship, Belonging, and Nation-States in the Twenty-First Century in Choice" July 2017: .

"Catherine Dauvergne’s (2016) The new politics of immigration and the end of settler societies (Cambridge University Press) in Choice" February 2017: .

"Kristina Spohr’s (2016) The Global Chancellor: Helmut Schmidt and the Reshaping of the International Order (Oxford University Press) in Choice" January 2017: .

"Bridget Anderson’s (2013) Us and Them?: the dangerous politics of immigration control in CHOICE" September 2014: .

"Armando Navarro’s (2009) The Immigration Crisis: Nativism, Armed Vigilantism, and the Rise of a Countervailing Movement in CHOICE" September 2009: .

" The Citizenship Show: Citizenship Meanings in US Naturalization Ceremonies " 2018: Association for the Study of Nationalities Annual Meeting Columbia University, NY, NY, May 3-5 2018.

" Public Spectacles of Citizenship: US Naturalization Ceremonies " 2017 (unable to attend): WPSA annual meeting, The Politics of Identity, Intergroup Bias, and Conflict and Cooperation, Vancouver, BC.

" A Question of Cleanliness/Hygiene, Culture or Nationality? Non-Jewish labor migrants, refugees and asylum-seekers in Israel (presented by Hani Zubida) " 2017: Border Crossing and Medicine: Quarantine, detention and containment in history and the present, Berlin, Germany.

" What’s so Social about Remittances? A Discussion of Ceasing Remittances and the “Social” in Social Remittances (presented by Hani Zubida) " 2016: 4th Ruppin International Conference on Immigration and Social Integration, Ruppin Academic Center, Israel.

" What’s the Time? In search of the meaning(s) of time for temporary labor migrants " 2016: Association for the Study of Nationalities Annual Meeting at Columbia University, New York.

" ’Why do they do it?’ A discussion of the meaning of citizenship and US naturalization ceremonies " 2016: (invited) United States Department of State presentation for foreign correspondents in at the US Mission to the United Nations, NY.

" A Question of Time for Temporary Labor Migrants (and their Children) in Israel " 2015: Annual meeting of the Association for Israel Studies at Concordia University in Montreal, Canada.

" Immigrants: Now that ‘they’ are here what do we do? Identity, Inclusion or Exclusion? (presented by Hani Zubida) " 2015: The Israeli Law and Society Association Annual Conference 2015, Law and Society Between the Private and the Public, Haifa University.

" Living on Borrowed Time: Borders, Ticking Clocks and Timelessness among Temporary Labor Migrants and their Children in Israel (presented by Hani Zubida) " 2014: Borders at the Interface: Bordering Europe Africa and the Middle East, Ben Gurion University.

" Living on Borrowed Time: Borders, Ticking Clocks, and Timelessness among Temporary Labor Migrants and their Children in Israe " 2014: Annual meeting of the Association for Israel Studies , Israel: Leadership and Critical Decisions, The Ben-Gurion Research Institute for the Study of Israel and Zionism, Sede-Boker Campus Ben-Gurion University of the Negev.

" Here One Moment... and Gone the Next?" Remittance as a Social Visibility Tool " 2014: Association for the Study of Nationalities Annual Meeting.

" Living on Borrowed Time: Borders, Ticking Clocks and Timelessness among Temporary Labor Migrants and their Children in Israel " 2014: ‪IS Academy Migration and Development.

" Here One Moment... and Gone the Next?" Remittance as a Social Visibility Tool " 2013: EastBordNet/COST Relocating Borders conference.

" The effect of acculturation and discrimination on mental health symptoms and risk behaviors among adolescent migrants in Israel” " 2013: Conference on African Refuges in Israel.

" Should They Stay or Should They Go? Israel as an Ethnic State and the Question of Accommodation or Exclusion for Non-Coethnics Who Decide to Join the Ethnic State " 2012: Association for the Study of Nationalities.

" "Room at the Inn? – Accepting Difference and the Future of Migrant Workers in Israel" (with Hani Zubida) " 2011: EPSA Net Israel, The Annual conference of the Israeli Forum for Social Welfare, The Max Stern Academic College of Emek Yezreel,.

" Where do we fit? Migrant workers between Jewishness and Israeliness – the Current Israeli citizenship debate " 2011: The Israeli Law and Society Association Annual Conference.

" Social Borders, Israeli Migrant Workers and The Future of Israel as a Jewish State " 2010: (invited) Institute for Israel Studies Workshop at the University of Calgary, Canada.

" "Who's in Who's Out? Social Borders and Israeli Migrant Workers". . " 2010: Israel Studies Program, (workshop) “I am in the East but my heart is in the West” October 3-5, University of Calgary.

" The Core of the Identity, the Heart of the Dispute: Who's an Israeli? "Who is in and who is out? Social Borders and Migrant Workers in Israel" (with Hani Zubida) " 2010: Bar-Ilan University.

" After the Oath: The Legacy of the Bush Administration on IUS Citizenship Policy " 2009: American Political Science Association Annual Meeting.

" When It’s All About the Grade: The Writing Process in a Grade-Focused World " 2003: CUNY Graduate Center Writing Fellows Seminar.

" Other Kinds of Potentates: a qualitative study examining the perception of the influence of US immigration policy on the private lives of Indian immigrants in New York City " 2000: IPSA.

Leadership Award, Council of School Supervisors and Administrators of the City of New York: 2018.

New York Council for the Humanities, Community Conversations on Democracy. 2012: $400.

Event Organizer, The Oath of the Presidency and the Constitution: 2016.

Event Organizer, Mass incarceration and Recidivism in Light of the Constitution: 2014.

Event Organizer, citizenship rights in the Constitution, the DREAM act and access to citizenship for undocumented immigrants: 2013.

Event Organizer, Public Art - What Would you Say to the Framers of the Constitution?: 2009.

Co-Organizer, Lunches with…(series of lunches with professionals in Political Science): 2015-2016.

Co-Organizer, ‘Foreclosure’ an event in conjunction with Writing On It All, a participatory public art program, to think about the administration and politics of housing foreclosure policy: 2016.

Co-Organizer, "From Battleground to Empire State: New York and the Legacy of the War of 1812." Given by Alfred Ronzoni, New York Council on the Humanities funded and Rufus King Manor and History and Philosophy Department: 2013.

Chair and Discussant, student panel “Did the Court Get it Wrong? An examination of recent US Supreme Court Decisions,” York College School of Arts & Sciences Fall Exhibition: 2013.

Organizer, “Regulations and Policy Making: Where Have We Come and Where are We Going” given by Dr. Dilcia Granville-Mattiasich, Public Affairs Specialist, US Food and Drug Administration: 2012.

Co-Organizer, presentation by the Innocence Project for an interdisciplinary event with Biology Department: 2011.

Organizer, “What’s it Like to be a Judge?” presentation by Justices William Erlbaum and Daniel Lewis of the NYS Supreme Court: 2010.

Guide, Visited the Tenement Museum and provided a tour of the Lower East Side with students: 2012.

Co-Organizer, “Do You Want to Be A Diplomat?” Patricia Guy, CUNY Diplomat in Residence: 2012.