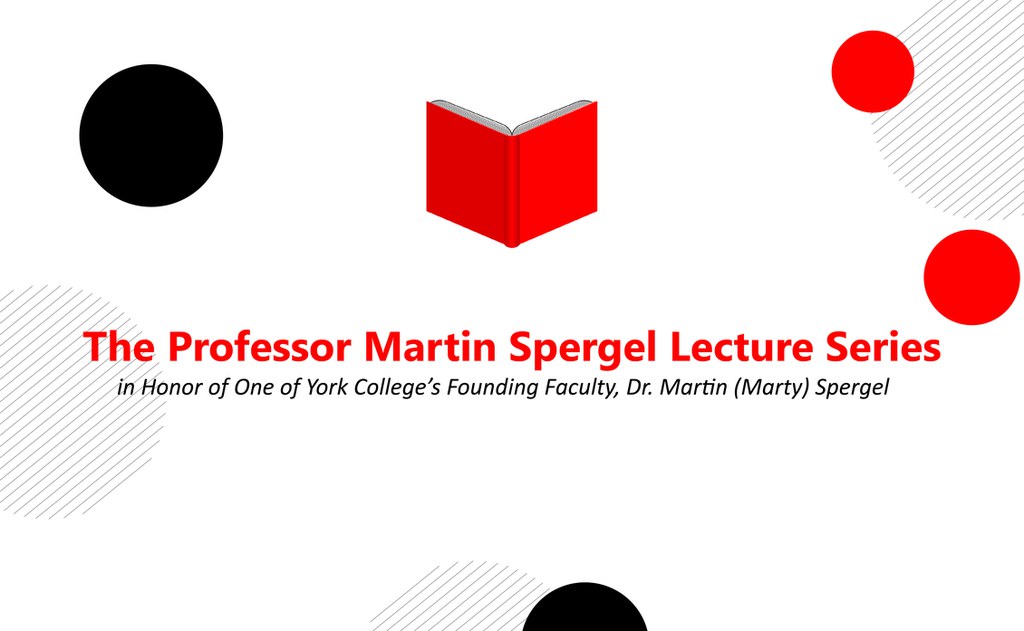 In Honor of One of York College's Founding Faculty, Dr. Martin (Marty) Spergel

The Professor Martin Spergel Lecture Series honors the legacy of one of York's founding faculty, Dr. Martin (Marty) Spergel. Dr. Spergel served as the chair of the Department of Natural Sciences for 19 of his over 30 years at the College. As a physicist, he dedicated his career to the advancement of students underrepresented in the sciences, and served as co-investigator on Project Beacon, which started in 1969 as one of the very first federally-funded programs with this aim. The Spergel Lecture Series is made possible by a quasi-endowment initiated by Marty's son, Dr. David Spergel, a notable astrophysicist at Princeton University and Director of the Flatiron Institute for Computational Astrophysics. The Spergel Lecture Series hosts presentations from eminent scientists annually for the enlightenment of the greater York College community.

Dr. Elena Aprile is a physics professor at Columbia University, specializing in experimental particle physics. She is the founder and spokesperson for the XENON Dark Matter Search project at the Italian Gran Sasso National Lab. Earning her PhD from the University of Geneva, Dr. Aprile went on to Harvard University to complete her postdoctoral work before moving to her appointment at Columbia University. Dr. Aprile's group uses liquid xenon detectors in a variety of physics and astrophysics experiments, most notably in the search for dark matter. While only ever indirectly detected, dark matter dominates the mass of the universe, outweighing normal matter (e.g., atoms) by at least a factor of five, and is responsible for shaping the large-scale structure of the cosmos. Dr. Aprile has been the principal investigator on more than 20 research grants, has mentored dozens of graduate students and postdocs, and recently received the Lancelot M. Berkeley Prize for Meritorious Work in Astronomy, from the American Astronomical Society.